Calling Waco Home – Quality of Life in Waco Beyond Magnolia 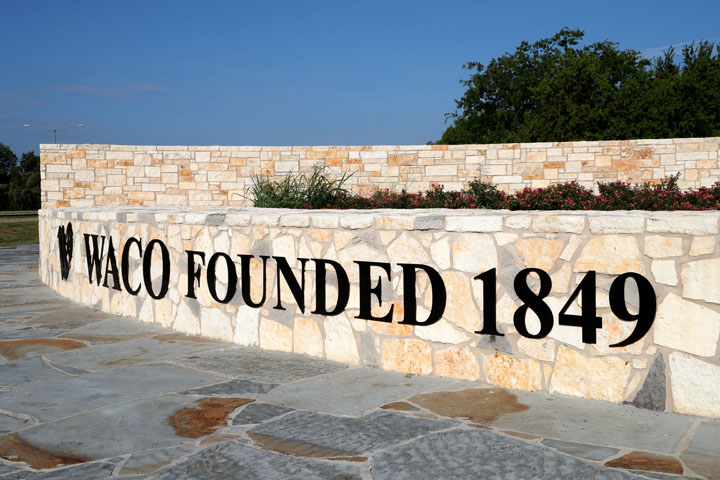 Waco has garnered national attention, largely as a result of the popularity of Fixer Upper and the Gaines family as a brand. This expansion will be sustained because of the communities that make Waco a unique place to live, the communities that will be here long after the Magnolia Effect wears off. This is an excellent time to be a Wacoan. ﻿ Read More »

Calling Waco Home – Quality of Life in Waco Beyond Magnolia

It’s no secret that the HGTV show “Fixer Upper” has had a lasting, transformative effect on Waco. Prior to the explosion in popularity of Chip and Joanna Gaines, asking a person outside the area if they were familiar with Waco would likely return one of two answers: “Branch Davidians” or “Baylor University”. The awareness of Waco started to expand with the success of Baylor’s football team, and the women’s basketball program. Then “Fixer Upper” came along and blew the local ecosystem wide open, and the Magnolia Effect established itself as a very real force in the Waco area. Since the inception of the show, the Magnolia brand has cemented itself as Waco’s main attraction, and the primary driver of downtown development. In short – Waco is on the national map.

But there is more to the town than Magnolia, and it is important that people know about it – whether it’s somebody looking to move from out of town or somebody who has lived in Waco for awhile and just needs a gentle reminder. Here are some things beyond Magnolia that make Waco a unique place to live.

Waco is packed with attractions. Magnolia Market and the surrounding Silo District is usually the first that comes to folk’s minds. However, the options don’t stop there. In the vicinity of downtown Waco, visitors can find themselves at the Dr. Pepper Museum, Cameron Park (more about this later), or the Texas Ranger Hall of Fame. A trip to Baylor University could yield a new appreciation for natural science and cultural history thanks to the Mayborn Museum Complex. It would be difficult to mention Baylor without also mentioning the endless sporting events, from an afternoon of football at McLane Stadium to a softball game at Getterman Stadium – there is something going on in this area of the community for most of the year. Folks can also take a short trip out to the Waco Mammoth National Monument, where visitors can view a dig-site hosting the remains of the Columbian wooly mammoth as well as other prehistoric animal remains. Waco’s recent growth has seen expansion and improvements in many areas of the local economy, and the attractions are seeing the benefits as well.

Since its official dedication on May 27, 1910, thousands of people have enjoyed the expansive urban green-space known as Cameron Park. The park was the idea of Flora B. Cameron, who donated Proctor Springs and $5000 to the City of Waco in honor of her late husband William Cameron. Mrs. Cameron’s vision was to create a park “for the pleasure of the people.” The park was instantly popular, and even sustained its public activity throughout the Great Depression – as the park was always free.

Situated along the Brazos River, Cameron Park offers a wide variety of outdoor amenities and activities. Lovers of the outdoors can easily access miles of hiking and mountain biking trails, one of the state’s best disc golf courses, and cultural sites such as Lover’s Leap. The Brazos River also serves as an excellent spot for kayaking, canoeing, and fishing – providing park visitors with a gorgeous view of the limestone cliffs. The park is home to the 52-acre Cameron Park Zoo, which attracts visitors from all over the state for its diversity of animal exhibits. Cameron Park adds tremendous value to Waco’s ecosystem, especially considering its proximity to downtown and to Baylor University.

It’s impossible to separate the expansion of Waco’s downtown from the expansion of Magnolia, but downtown Waco has grown into something that can stand on its own two feet. What was once a sleepy, unoccupied part of town has evolved into a bustling cultural district – within walking distance of the Brazos River and Cameron Park. Foodies will find themselves right at home downtown, with options such as 1424 Bar and Bistro, 900 Degrees Pizzeria, and Bangkok Royale (my personal favorite).

The nightlife, once lacking, is now vibrant and plentiful as well. For a patio bar experience, one may find themselves at Austin’s on the Avenue. Lovers of Texas/Red Dirt music will surely find their way to The Backyard, which hosts local and national touring acts such as Whiskey Myers and Aaron Watson. Beer and whiskey connoisseurs will be happy to discover Balcones Distillery and Brotherwell Brewing Company. In short, there is no shortage of things to do in downtown Waco. Food, art, and nightlife are plentiful, and beautiful natural scenery coexists alongside the brick-and-mortar of the downtown district.

Waco benefits from the fact that it is not a major metropolitan area. Because of this, the city is able to maintain its small-town charm and sense of community as it expands and develops. This sense of community permeates daily life in Waco, and has manifested in many different ways – creating spaces for people of varying backgrounds and interests. For folks of the Christian faith, Waco is incredibly easy to nestle into and find active communities in which to grow. This should be no surprise as Baylor University, situated comfortably across the interstate from downtown, is the world’s largest Baptist university. There are also other communities of faith being fostered and expanded in Waco, which can be found in organizations such as the Unitarian Universalist Church. Waco even as an active Baha’i Faith center.

Beyond spiritual pursuits, Waco’s greater sense of belonging shows up across the city in subcultures such as music and art. Keep Waco Loud is an organization dedicated to embracing and supporting the music, comedy, and art scenes in Waco. The city has a thriving Texas country music scene, but it also has vibrant hip-hop, Americana, and indie rock scenes as well. Venues such as Common Grounds and Pinewood Roasters help to attract national acts that may not have come through Waco otherwise – thus fostering the independent music and art communities that live in the city.

There are also a number of wide-ranging sports clubs and organizations in Waco, from golf to boxing, from rotary club to the elks lodge. Whatever you like to do, there is a community for it in Waco that will welcome you with open arms.

Waco has garnered national attention, largely as a result of the popularity of Fixer Upper and the Gaines family as a brand. This expansion will be sustained because of the communities that make Waco a unique place to live, the communities that will be here long after the Magnolia Effect wears off. This is an excellent time to be a Wacoan.

Austin’s on the Avenue